Husband and wife Ryan and Sara Hall are two of America’s premier distance runners. Both were California high school superstars and All-Americans at Stanford University (where they met). Ryan has posted the best-ever American times in the Half Marathon and Marathon and has represented the US in the 2008 and 2012 Olympic Games. Sara has won several premier road races, including the Drake Relays Grand Blue Mile and the US National Road Mile Championships. She has been a two-time world team member for the US at the World Indoor Track and Field Championships. Guided by their faith and seeking a way to use their athletic success in service of others, Ryan and Sara co-founded The Hall Steps Foundation in the Fall of 2009 in order to fight poverty through better health. 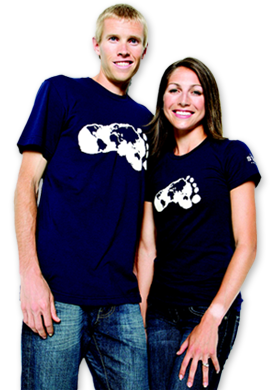 Update from Sara Hall: “Chicago, Mexico, and Beyond”

STEPS co-founder Sara Hall competes Friday, October 28, in the 3,000m steeplechase at the 2011 Pan American Games in Guadalajara, Mexico!  In the midst of final preparations for the race, she drafted this update for STEPS runners, volunteers, and supporters. … Continue reading →

Who is the Greatest Runner of All-time?

This morning, while enjoying my breakfast, I was reading Luke and came across the passage telling the story of the disciples of Jesus getting in an argument about which one of them is the greatest. In response to their argument … Continue reading →

Ryan: Where does strength come from?

Where does strength come from? The other day I was finishing up a “yog,” as Sara and I call them.  “Yogs” are runs on those days after really hard workouts when the fatigue is so great from the previous days … Continue reading →

One of Ryan’s passions is the science of making really good coffee.  In this video, he describes selecting the beans, the proper measurements of water and grounds, and technique to making quality coffee at home.  And, in the end, he … Continue reading →